Join my newsletter list to be the first to hear our latest news! Learn More
Home | Lifestyle | Potty Training: A Poo{h} to Remember

I cannot begin to tell you of the potty-training horrors I have endured. It took nearly 3-1/2 years for my daughter to kick her trainers. The first time she started to gain the concept we moved. Everyone has hiccups and her regression was understandable. We settled into our new digs and began again.

At this redux, she had just gotten #1 down pat and was steadily working out the kinks with #2 when her brother was born. At that point the battle of wills {and will-nots} had set in. Six months later, all it took was her father accidentally buying her trainers too large and a lingering case of the stomach flu. So when she had {finally} gotten it all down pat you can imagine my utter and crushing dismay the day she hollers…

“Mommy there is POO on the floor!”

I’m like, AGAIN? Since nothing was worse {or ever will be} then the memories of loose poop, carpet, and the stomach flu she recovered from, I race to her. Eyes scouring the floor I couldn’t believe what I found. Her sense of humor. And there she was, hidden nearby and giggling ecstatically. 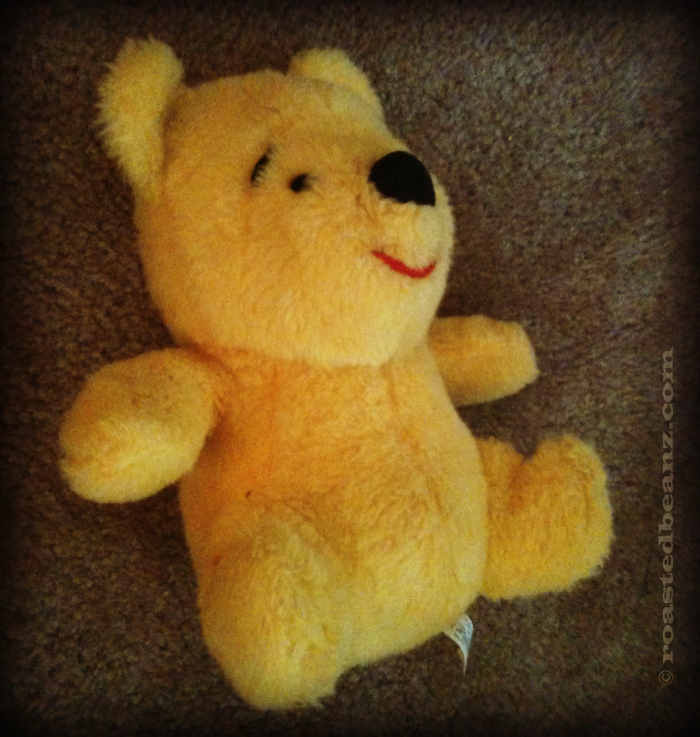 Apparently she was playing and suddenly became aware of the ironic situation beside her. We had weathered so many months of stress and talks and potty training failures. Failures that we both felt. Yet here was our chance to finally stand over Pooh on the floor…and weep a whole new way.

She had a few more accidents before she really got the whole bathroom thing down pat. But I knew from that “Pooh” day forward that we were firmly on a new path of learning and discovery. So for all you late-trainers out there know this; There is a light at the end of the bathroom tunnel. And hopefully, you find it just as funny.