Join my newsletter list to be the first to hear our latest news! Learn More
Home | Lifestyle | Avast Me Hearties: The Pirate Fairy Was Just Released!

This #ProtectPixieHollow sponsored post has been brought to you by a #CollectiveBias social shopper amplification campaign and its advertiser. Now avast me hearties and read on to enjoy!

Our family loves Tinker Bell. Let me reiterate the LOVES part. With each new release we get to immerse ourselves further into the mischief that Tinker Bell brings. And that is why The Pirate Fairy is such a refreshing change. We meet a new fairy…and does she steal the show. But more on that in a bit!

Trailer – The Pirate Fairy on Disney Video
But really, new fairy or not…whats not to like about adventurous fairies living in the world of Peter Pan and Neverland? While we’ve always known the worlds would merge, this is the first chance we get to see where it all begins. But no spoilers from me, however I did include The Pirate Fairy movie preview above. Watch it and see how it will appeal to boys and girls alike in this great swashbuckling adventure! 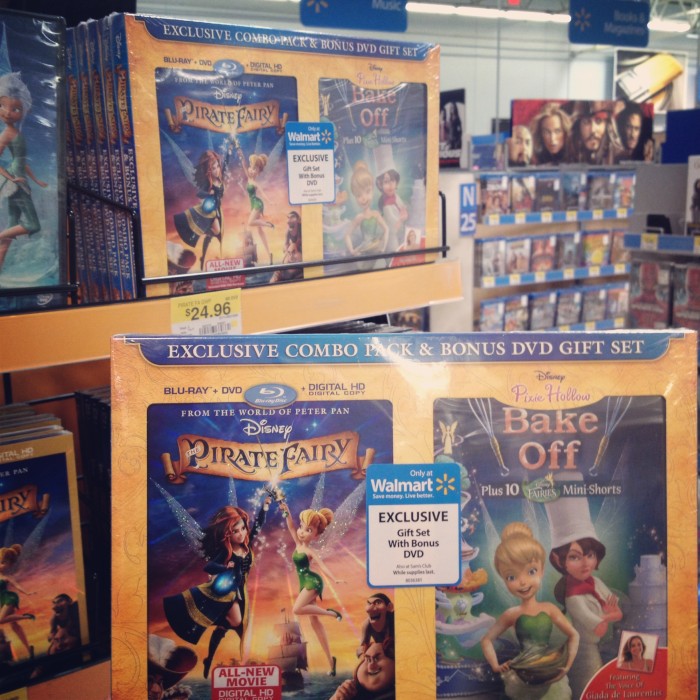 Looks like an awesome family movie night, am I right? To make it even better, Walmart is carrying a special combo packaging to include a bonus DVD filled with Tinker Bell “shorts”. Or rather, short mini-movies that showcase the newest “Bake Off” segment {featuring the voice of Giada de Laurentiis} to 9 more additional cute additions that the kids are sure to love! We made sure to choose the exclusive gift set and bonus DVD, and my daughter couldn’t have been happier. 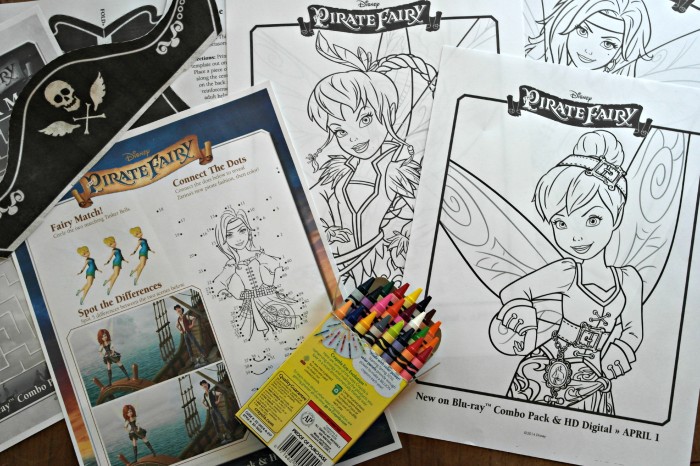 So what does family movie night look around my house? Budget-friendly that’s what! I started something when I recently brought home another Disney new release. And now a new family tradition has begun to celebrate bringing home new Disney favorites. And one reason we love Disney movies so much? The corresponding *Official Sites* that showcase great activities, video, galleries, and games. 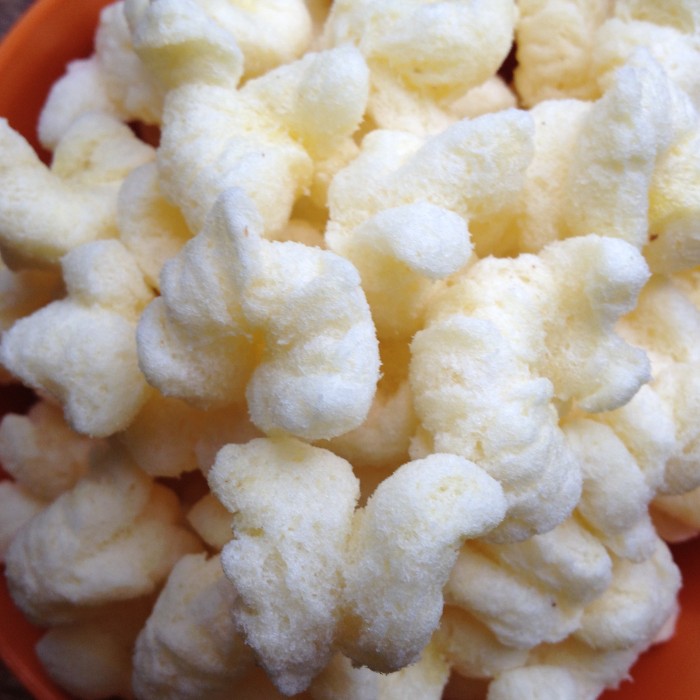 Ever looking to keep our fun on the frugal side; I went in and found a treasure trove of crafts, recipes and printable .pdf documents under the “Activities” section on the Disney Fairies, The Pirate Fairy – Official Site. Then I simply save to print, and we’re all set! Add in a bowl of puffed buttered popcorn and all we need now is a little blue pixie dust! 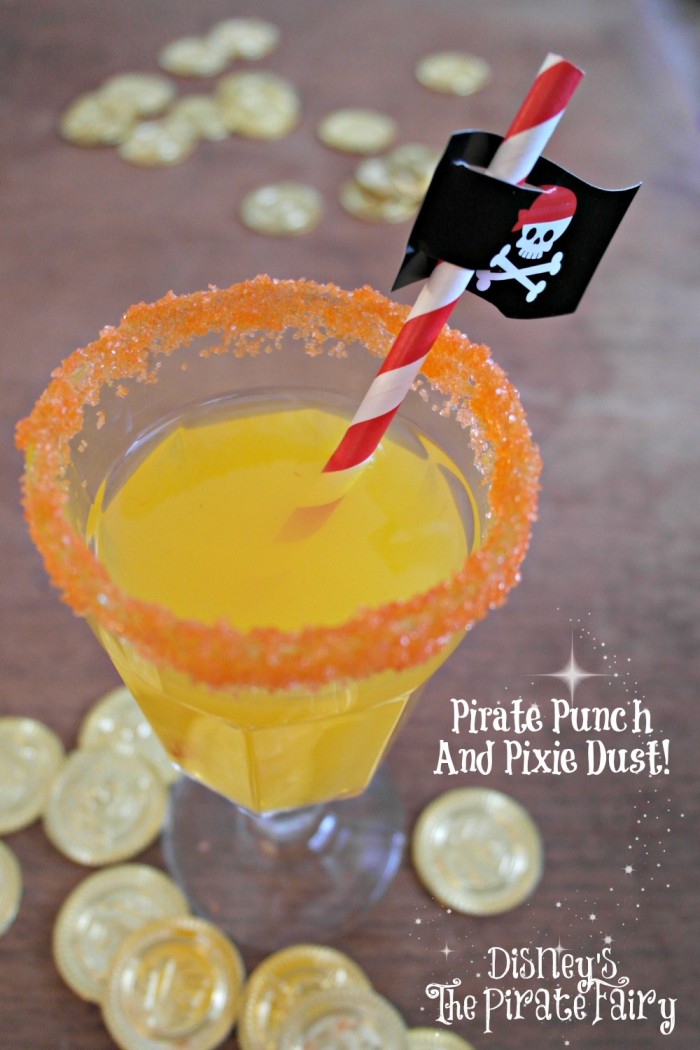 And speaking of pixie dust…that’s what brought on this whole new Tinker Belle series adventure! It all begins with a dust-keeper fairy {Zarina} begins to question the “what-if’s” concerning the power of the blue pixie dust. And in her inquisitive quest, begins to experiment to see if she can make different colors {and ergo infused fairy talents} of pixie dust. 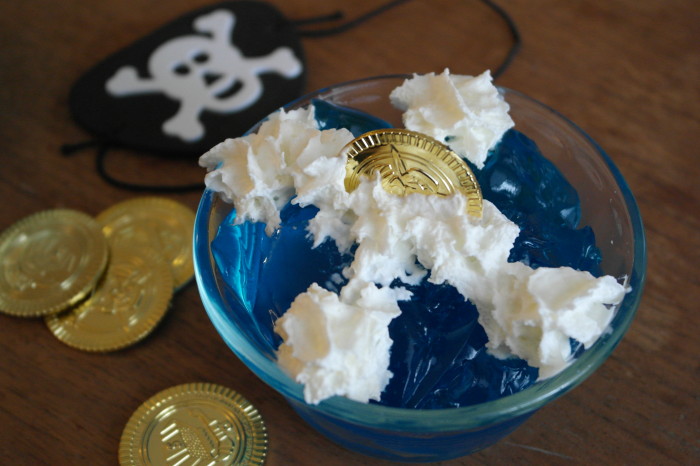 Inspired by Zarina’s love of multicolored pirate pixie dust escapades, we crafted up our own pixie dust crusted pirate punch. Fancy goblets required of course. And what is a pirate movie without the chance to dig up some tasty treasure? Que the blue pixie dust inspiration and this “X” will hit the spot for gold doubloons. 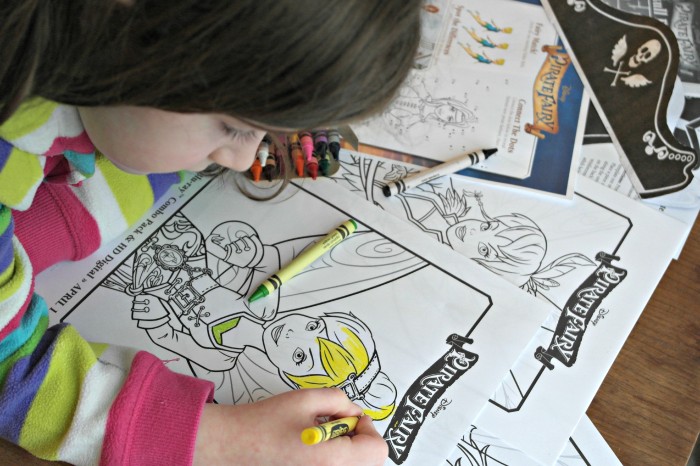 I simply love that this new fairy, Zarina, isn’t afraid to question the status quo and embrace her creativity. That she thinks outside the box and isn’t afraid to use her passion in life to create her own new talent is inspiring. And not to mention becoming a pirate captain! Her adventures may take her on her own path initially, but in the end, she finds her place in Pixie Hollow and among her fairy peers. And in world today, isn’t that the best that we hope for in all of us? 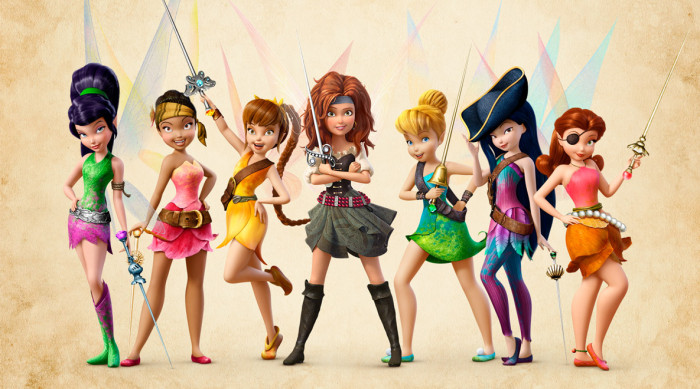 Don’t forget to head to Walmart for your exclusive combo Blu-Ray/DVD/Digital bonus package today. And remember to check out the Official Site for The Pirate Fairy on the Disney Fairies website for great fun for your own family.

I am a member of the Collective Bias®  Social Fabric® Community. This shop has been compensated as part of a social shopper amplification for Collective Bias®  and its advertiser. As always, I strive for authentic posts that relate to my readers as much as they do my household. Enjoy…and thanks for another cup of coffee. #ProtectPixieHollow #shop #cbias