I don’t know who was happier to have new bottles…me or Otis! {LOL}

We have had a blast introducing the Nuby Natural Touch SoftFlex Natural Nurser interchangeable system.  At 13 months now, we’ve been trying to transition our Little Man from the bottle to the sippy cup. The transition is going pretty well, but we stalled out when he was especially fussy. {He wanted that bottle and nothing else would soothe him.} But we did notice, that Otis was stuck on wanting his bottle itself more then the milk he would drink from it.

Breastfed until he was eight months old; Otis did very well with a bottle that was likened to the breast. So I was really encouraged with Nuby’s new Breast Size Nipple. It promotes that shape, feel, and function very well in mimicking the breastfeeding aspect he did best on. Just as it would help a infant transition from the breast; I was also hoping that it would also help transition Otis from bottle to sippy cup.  Add in that the “bottle” itself fits both a nipple AND the Nuby No-Spill sippy spout? I was truly inspired to give it a shot. 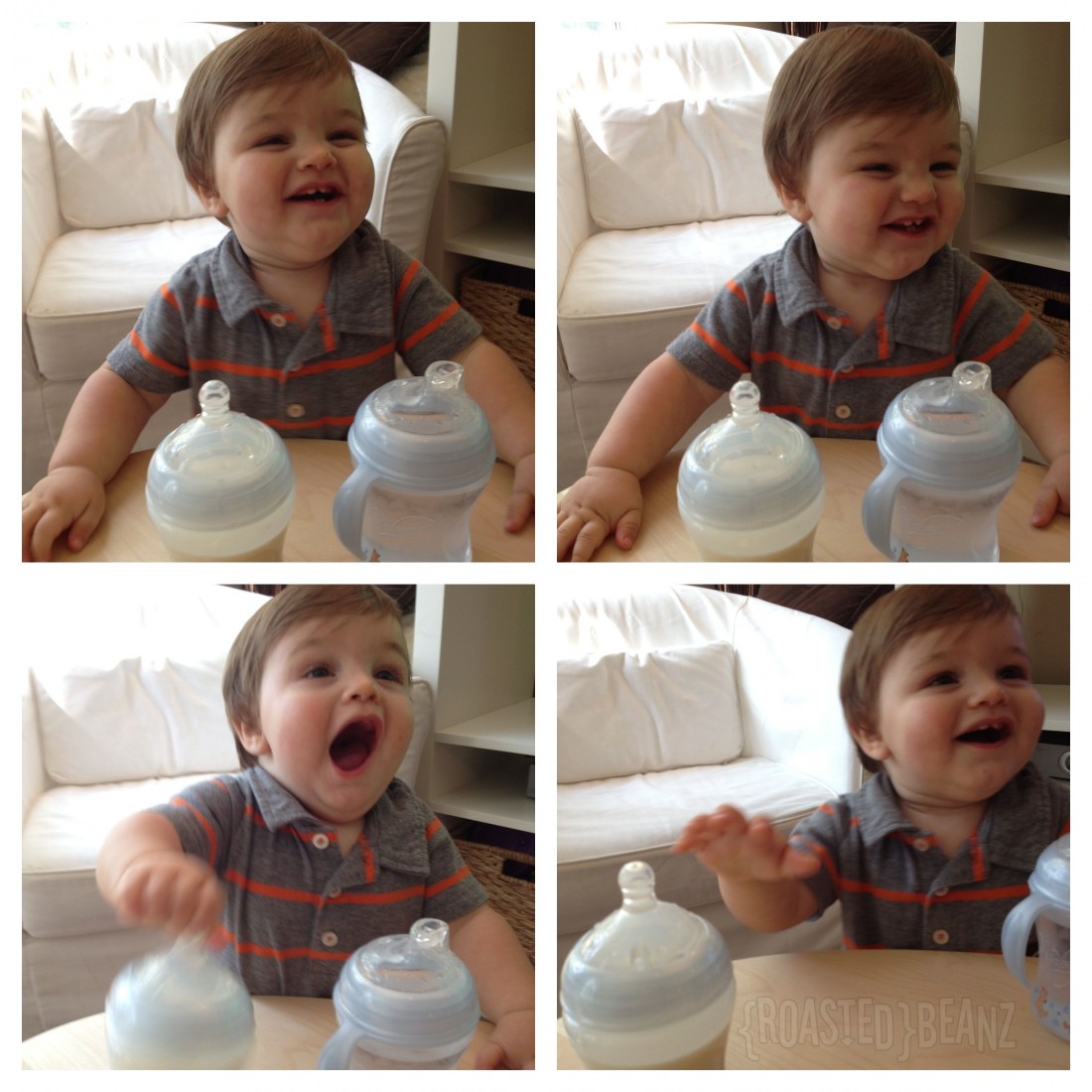 Within two days, we were able to throw out the old bottles. He loves the new Natural Touch Nuby system. Otis likes to nearly chug his fluids so we scaled back to a medium flow nipple with this set. I’m astounded at how easily he’s able to drink more and with less gas then he’s always been plagued with.

Granted the bottle only advertises its valve system as an anti-colic assistance, but I believe its also helped Otis with his belly-gas and subsequent acid reflux issues too. Also a great bonus while he’s teething are the soft nubs found on the bottle nipple to massage those poor sore gums. We were also right regarding his recognizing {and wanting} the bottle shape itself. And with the ease of interchanging the different nipples for a No-Spill Sippy Spout? He’s taken to weaning off the bottle nipple now much better. 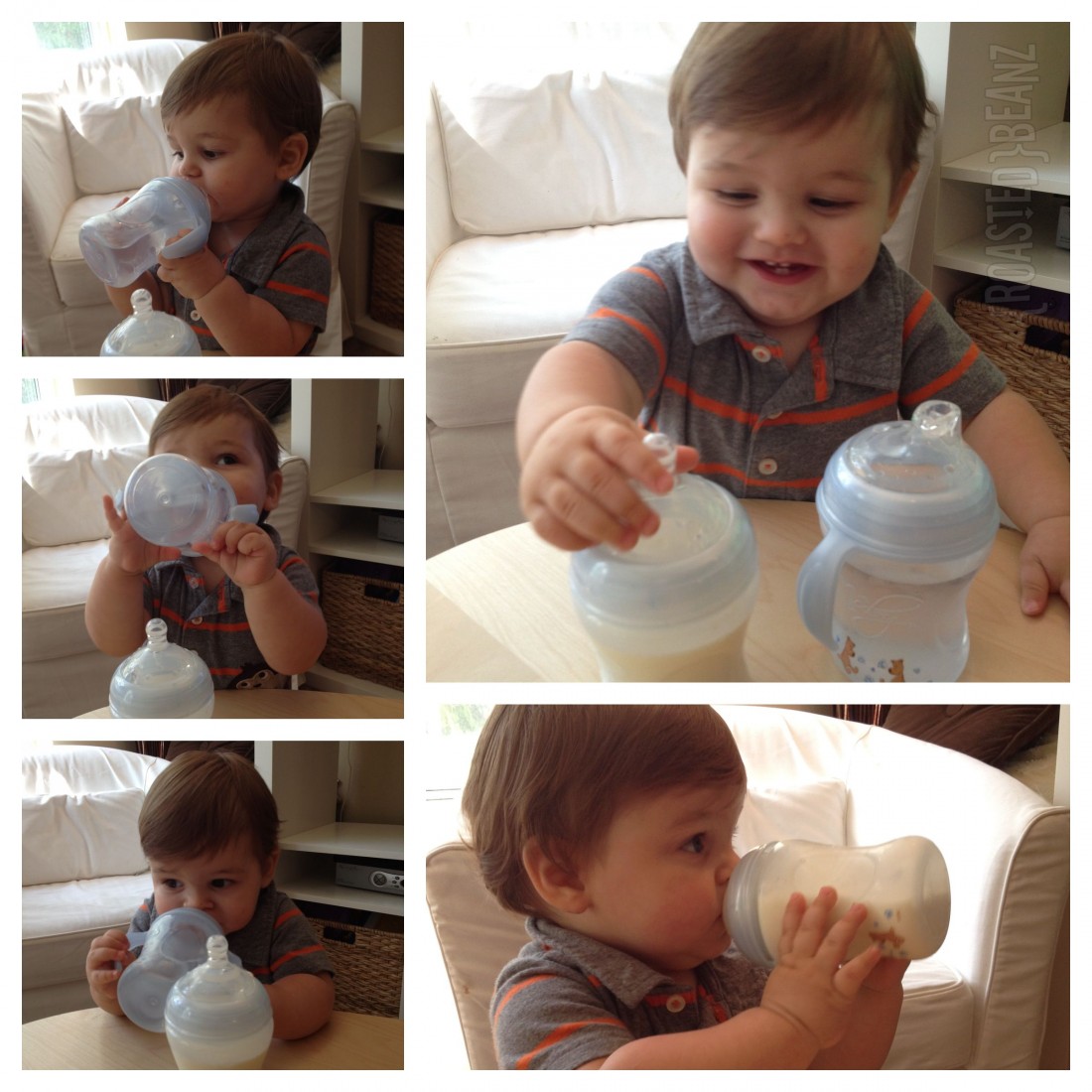 If you’re interested in starting with the same products, here is what worked for us!

We received the Nuby Natural Touch: SoftFlex 3-Stage Natural Nurser. This gave us an 8oz bottle with a breast-sized nipple, a No-Spill spout, and the detachable handles with protective nipple hood. We also utilized {again Nuby Natural Touch series} the 3-pack SoftFlex Natural Nurser bottle kit. You will find the pictures of said products directly below. 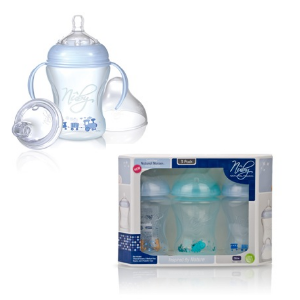 BUY IT: Want to try this awesome interchangeable system out too? You can find these Nuby products in-store and at online retailers such as

NUBY USA: Want to know more about the Nuby brand? Then make sure to connect with them at www.nuby.com as well as other social media platforms such as Facebook and Twitter. Then you’ll not only have access to the giveaways that I host; but also to all the other Nuby Mommy Bloggers too!