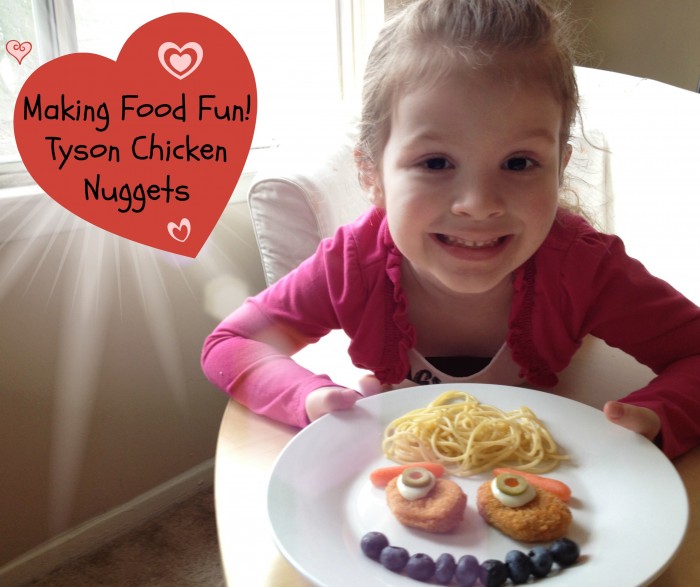 Picky eaters, do you know one? Growing up, my Grandma used to tell me that my Dad only ate cheeseburgers and pizza. Well, save for the odd peanut-butter & jelly sandwich. So it would fit that his parental philosophy was that I wouldn’t have to eat anything that he didn’t like. As a kid I thought this rocked. Of course, I also didn’t eat a salad until I was at summer camp…and 16 years old.

Flash forward and I have myself a little mini-me. My daughter has inherited my love for all things carb related. Pasta is especially her favorite. When she was younger she ate great. But as she realized she had an opinion on things, she kept whittling down the menu of “acceptable” foods. We would still introduce new foods to her, but it was a fruitless endeavor. So thank goodness for veggie-fortified pasta, because there was a solid year that she would hardly eat anything else.

So how did I do it? How could I finally get my picky eatin’ little girl to try new things? To even LIKE new things? With love. We stopped fighting with her. I set out determined mealtimes and limited the snacking in between. Hungry kids eat, simple as that. We began to empower her food choices instead of setting her plate in a finalized manner. And as her parents, it was imperative that we leave our bickering out of it. Because after years of gearing up for mealtime tantrums, we had to retrain ourselves as well.

Lo and behold, change began to happen. Little does she realize I stack the plate in our favor. Yet food has become less overwhelming when she realizes she has choices. The other day, crushed for time, I asked if she wanted a kids meal. She actually told me she wanted MY chicken nuggets instead. A staple in our home now, Tyson Chicken Nuggets are a freezer commodity. With zero trans fat, no preservatives, and no fillers, these are a great addition to our meals. We craft mini sandwiches or top her spaghetti in preschool chicken-parm fashion.

And to keep it fun as well, we’ll plate faces too. Setting out a smorgasbord of fruits, veggies, condiments, and pasta we’ll top our nuggets in grand fashion. And once food becomes fun, she’s excited to eat. To see and play with new colors, forms, and flavors. The more familiar she gets with the foods, the more she’s casually distracted in experimenting with them. And that makes me one very happy Momma. 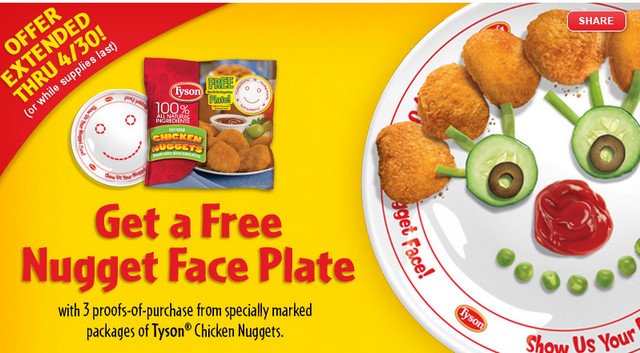 In fact, we’ll be ordering a new plate to have fun with. Tyson is offering a FREE nugget face plate with 3 proofs-of-purchase. You can find specially marked packages in your grocer freezer.

Want to know how this gets even better? Just comment below to share your story about picky eaters for a chance to win $1,000!

This is a sponsored conversation written by me on behalf of Tyson Chicken Nuggets. The opinions and text are all mine. Official Sweepstakes Rules.